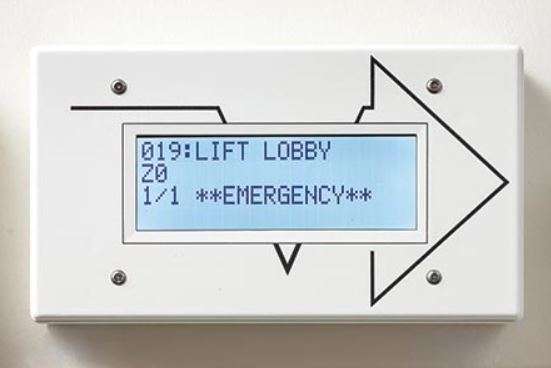 Richard Gibson, Technical director at Pinpoint, takes a look at some of the broad range of personal staff attack alarm systems now on the market, and considers the ‘pros and cons’ of some of the main technologies.

A personal protection alarm is an essential body-worn item these days for most nurses and care-workers - because of the seemingly unstoppable risk of violence and assault to working professionals and patients. The ability for an endangered staff member to summon help is critical in two scenarios:

Early in my career with Pinpoint, a colleague and I were on site at a secure mental health facility installing and commissioning a new piece of alarm equipment. We were instructed to notify the response team before activating any tests. On a couple of occasions, we accidentally set off an ‘emergency’ alarm call, without this prior warning. I still vividly remember how, on each occasion, within seconds of triggering the alarm, the thunder of feet heralded the arrival of the responding staff, running for all they were worth to the location of the supposed attack. When they heard that emergency alarm, these people knew they potentially had just seconds to save one of their colleagues from very serious harm.

The primary requirement of a personal attack alarm system is the ability to accurately detect where the threatened staff member is, and to inform the response team immediately. A secondary requirement is for the system to detect whether the staff member is calling for assistance to surreptitiously appear, or summoning the emergency response team. The operation of such systems is generally split across two main functions. The first entails the transmitter sending some information to a receiver (or receivers), to enable its location and the level of call to be established, and the second involves presenting this information in an unambiguous form to the response team(s). Although there can be some overlap, the methodologies for each stage will be considered separately.

Working out the location of alarm transmitters is something we’ve been doing in the personal alarm sector for years, but now it’s being heavily developed within the logistics industry, to track where shipments and stock are. The acronym ‘RTLS’ (real time location system) is used to cover such designs.

The options for wire-free transmission of information, i.e. the link between transmitter and receiver(s), are based on radio, sound, and light. The main contenders are:

Of the three main options, sound is the weakest contender. We can quickly dismiss audible sound as it could not be used to covertly summon help, and could be annoying to people nearby. It would also be prone to significant interference from other audible sound sources.

Ultrasonic signals could work; they are reasonably non-directional, and are successfully reflected by most materials, so are likely to be picked up by the nearest receiver. Location accuracy could be good too, because the signal is heavily attenuated by walls, doors, ceilings, and floors, which should ensure that the signal is only detected by the receiver(s) in the same room as the transmitter.

Sound technology has been used for personal attack alarms in the past, but has fallen out of favour compared with the other options; whether this is a result of cost factors or technology limitations is not certain.

One of radio’s great strengths is that it can be designed to travel large distances and pass through buildings reasonably well. While that is great for communication, it creates a significant challenge for RTLS. Radio’s pervasiveness makes it very likely to be picked up by receiver(s) in multiple rooms (and even on different floors). If the signal hits multiple receivers, how can a simple system know which room, or even which floor, the transmission is coming from?

Of course, technologists have devised solutions to overcome such problems using a technique called ‘trilateration’. As the name suggests, the signal from a transmitter needs to be received by three receivers. The time the signal takes to reach each receiver is proportional to the distance. So, by calculating the difference in time that the signal took to reach each of three receivers, the location of the transmitter can be calculated. To establish a precise location, each receiver must be capable of processing its own information and handling high-accuracy timestamps. All this must be done before the alarm can be raised, to ascertain ‘which floor in the building’ requires detection by additional receivers on other floors as well. This technique is known as multilateration, and not only requires greater processing power, but also adds to the complexity of the system.

The situation is further complicated by modern building materials, and particularly metal foil-backed insulation and plasterboards. The metal causes reflections, which in turn makes the signal ‘path length’ longer than the physical distance from transmitter to receiver – making it much more difficult to calculate the true location.

Wi-Fi, Bluetooth, and Zigbee are all radio network protocols that are used in some RTLS systems, but each has its own set of pros and cons – range, battery life, and interference, being common factors. They can provide satisfactory service for asset tracking, but have yet to find favour for attack alarm systems.

Ultra-wideband (UWB) is slightly different radio technology that uses a very low-energy, high-bandwidth signal. UWB RTLS claims to be able to locate assets or devices to an accuracy of around 100 mm using multilateration techniques. Again, it relies on complex processing of high accuracy timing signals, but can provide impressive performance.

We have yet to see this technology used in the personal attack alarm market, but it could be one to watch in the future.

RFID  (radio frequency identification) refers to a technology whereby digital data encoded in RFID tags are captured by a sensor via radio waves. Passive tags, using energy from the sensor’s RF signal to generate their response, can be smaller and lighter – good for body-worn devices – but have a shorter range. Active tags provide a better range, but require their own internal power source. Although RFID is used successfully for asset tracking (including personnel), it is not so suitable for personal attack alarms.

GPS (Global Positioning System) is a satellite-based radio navigation system, and its main limitation for attack alarm systems is that it does not work well indoors. A GPS receiver ideally needs clear ‘sight’ of four satellites – so outdoors, where this can be achieved, it can be accurate to between 3-5 metres. Within a building, this accuracy drops dramatically (or fails completely). GPS is also considerably less accurate in the ‘Z’ (height) direction, so determining which floor of a building the receiver is on would be difficult. As personal attack alarm systems are mostly used indoors, and frequently in multi-storey buildings, GPS is far from suitable.

That leaves Cellular radio. Receivers use multilateration from base stations to gain a rapid (but rough) idea of their position. In open countryside, cells tend to be large, so the distances between base stations are greater, and the determined location very approximate. In city centres, where cells are small, location can be more accurate – although hindered by the signals reflecting off buildings – but not sufficient to identify a room in a building. Not ideal for a critical attack alarm system.

Another limitation with GPS and cellular systems is that they are designed to provide the receiver with its location – for an attack alarm system, this information would still then have to be relayed back to the response team, adding another stage in the process.

The third branch of physics that can be used for transmission is light waves. We can quickly dismiss visible light for two main reasons – firstly, because it relies on ‘line-of-sight’ – solid obstructions like people, furniture, beds, and equipment effectively prevent the transmission going any further – and secondly, because there is a massive amount of interference from artificial and natural light.

Infrared (IR), on the other hand, is very suitable. Solid surfaces such as walls, ceilings, floors, and doors, block infrared light, so in effect each room becomes a ‘sealed box’. When a receiver in a room is triggered by an infrared alarm signal, provided the location of that receiver is known, the location of the incident is also known. Nothing needs to be calculated.

Although infrared will pass through glass panels (doors/windows), if these lead onto a corridor, the worst that can happen is that the nearest corridor receiver is also triggered. In practice, this has never been a problem, as the response team is alerted to both the corridor and incident room. On arrival the team members can instantly see that the event isn’t in the corridor, and proceed directly into the indicated room.

There is a common misconception that IR requires line-of-sight, but in fact both hard and soft surfaces reflect infrared. The signal will bounce off such surfaces and should always reach the receiver. When the optics are correctly designed to optimise both ends of the process – signal transmission and reception – an extremely reliable link can be created.

Another great benefit of IR is that, once the optics design has been optimised, the transmitter and receiver can be relatively simple. There is no need for all the complex signal processing and inter-communication required by other technologies. Simplicity is key in critical systems.

A few manufacturers now offer dual technology, combining infrared plus radio – claiming that this gives higher reliability and better outdoor coverage. However, it means having two transmitters in each activating device, plus additional receivers. This adds to the complexity and cost of each system These manufacturers may have opted for this approach because they have concerns over the reliability of their infrared communication link. At Pinpoint, we have focused considerable R&amp;D on optimising this aspect of our system (we have had over 20 years of doing so) and can provide an effective solution for almost any environment with our existing technology.

In every system, once a receiver has been triggered by an incoming alarm signal, it still has to relay that information to where it can alert the response team. A network is required to link the individual units and permit communication between them. Although a radio network (such as Wi-Fi) could be used, it would be susceptible to interference and other signal degradation, rendering it unreliable. Cabled networks are the preferred method, and, broadly speaking, use either an Ethernet LAN or a proprietary protocol over dedicated cabling

Ethernet LANs run the risk that ‘call for assistance’ messages could get delayed as they contend with other traffic on a busy network. Systems using Ethernet are usually designed around a centralised processing unit. A failure in that central unit could jeopardise the operation of entire segments or, in the worst case, the whole system - so any system that is dependent on central processing should be avoided.

It is for these reasons that we at Pinpoint have steadfastly kept to the principle of dedicated ring-topology cabling to avoid critical messages getting lost on a shared network. Even if a cable is cut, the signals still have a pathway around the other side of the ring.

The Pinpoint System has always been based on distributed processing and broadcast messages. No device on the network is dependent on any intermediate device on the network to raise the alarm. Alarm messages will typically set off visual displays, overdoor lights, PC screens, smartphone-apps, sirens, and any integrated third-party systems.

The approach of infrared link, no centralised processing, and dedicated cabling, appears to provide the simplest and most reliable system for critical personal protection alarm systems.

Our own Pinpoint System achieves a timescale from activation on the person worn alarm transmitter to activation of the alerting devices typically in under one tenth of a second.

Simplicity, reliability, and effectiveness, remain the ideals for a safety-critical system.